As protests continue to unfold in response to the death of George Floyd in the U.S., the world is coming together to speak out against police brutality and racism.

Part of that awareness is from members of the beauty industry, who are using their platforms to share support and pledge donations.

The Australian beauty retailer announced on Instagram that it will cease posting on social media in support of the protests, as well as donating $50,000 to the Stars Foundation.

"Now is the time for us to stop, listen, learn, to stand against inequality in all its forms, and to champion change," it said. "Change will come from all of us doing our part to fight racism, to fight ignorance and to fight injustice. We believe that education is the most powerful step we can take toward equality. It works to create opportunities and build a future that is equal for all."

"And whilst racism and injustice is a global issue, it is also a local, Australian issue. To create change locally, we are donating an additional $50,000 to the Stars Foundation, our long-term M-Power partner, to provide education opportunities to Indigenous Australian and Torres Strait Islander girls and young women."

Dermalogica has posted to its Instagram to share what actions the company is implementing as first steps of support: "Donating to @NAACP; having conversations at work about race and white privilege, encouraging employees to also have these conversations at home; and educating ourselves on the work that needs to be done and supporting organisations that have been fighting for equality."

"We’ve spent a lot of time thinking about the systemic injustice that still exists in the United States. Our voice is here to support the black community and condemn injustice," the IG post reads.

"In the past we have not always spoken up on racial inequality, and admit we have a lot of work to do; as a global company, as people, as citizens of America. We are a brand rooted in education and pledge to fight the widening gap of inequality by educating ourselves and each other, by working with community leaders to help guide us."

Biossance has announced on Instagram that the brand will be pledging $100,000 to the ACLU, the Minnesota Freedom Fund, Color of Change and Black Lives Matter.

"In times like these, it's important to take a stand for the things that matter. Biossance stands for equality, we stand for change, and we stand alongside those we are hurting the most right now. Behind out brand is a community of people who are fighting for a better world," the statement reads.

"You can take a stand today by listening, learning and making your voice heard. If we don't engage, things won't change. It's up to each one of us to be heard and to resolve to do better."

“We will be donating $500K across organisations focused on combating racial injustice: Black Lives Matter, The NAACP Legal Defense and Educational Fund, The Equal Justice Initiative, The Marsha P. Johnson Institute, and We The Protesters.”

The beauty brand also announced that it would commit an additional $500,000 in the form of grants to Black-owned beauty brands and would share more on the specific initiative later this month.

L.A. based beauty brand, NYX posted to its 14.6 million Instagram followers that it would be donating to the movement.

Alongside a powerful graphic that reads, “IT’S NOT OK,” the makeup brand wrote, “...and we’re not okay. We stand with our black community and will be donating to the Minnesota Freedom Funs and Black Lives Matter.”

Drugstore beauty giant, Maybelline shared how it would be helping the cause. “At Maybelline we believe in inclusivity, equality and justice for all.” The brand also said it would be donating to the NAACP, noting, “together we can make change happen.”

COVERGIRL has always championed inclusivity, equality and fairness. It posted to Instagram saying, "Today and every day, we stand with the Black community, grieve with you and support you."

"We are committed to donating to organisations like @naacp Legal Defense Fund and @blklivesmatter that support equality and justice. If you are also looking for ways to help, check our stories for resources. Together we can make a difference."

Like George Floyd, Sunday Riley, the woman behind the beloved skincare brand, is from Houston, and the two attended the same high school, though years apart.

Riley shared that it was important to her and her team that the brand support the Black community locally, but in recognition of the discrimination and hatred found all across the country, said the company has made a $50,000 donation commitment to the NAACP Legal Defense and Education Fund.

e.l.f Cosmetics shared a series of photos via Instagram, pledging its support. “We Stand United with our Fellow Beauty Community and Support their Actions alongside ours.” The brand also said it will donate $25,000 to Color of Change, to support the organisation’s efforts in fighting injustice and making America a safer place for Black people.

Urban Decay's post reads, “Silence is not an option. Speak up.” The brand pledged to donate an undisclosed amount to Minnesota Freedom Fund and Black Lives Matter, writing, “To all our Black colleagues, friends, and community - we stand with you.”

“We hear you, and we support you,” the brand shared with its 9.5 million followers and said it would make a donation to the Minnesota Freedom Fund and the ACLU.

Founded by Jessica Alba, The Honest Company has pledged its support, along with $100,000 to organisations fighting racial injustice, including the NAACP Legal Defense and Educational Fund and the Equal Justice Initiative. It also committed to matching all donations made by employees to civil rights organisations.

“Being Honest means talking about the things that hurt, the things that are the most difficult, even when it’s uncomfortable,” the brand wrote. “We’re heartbroken to see what is happening and we are committed to a world that is safe for everyone, no matter who they are, no matter their race. We believe that we’re all in this together and that we must lead with awareness, empathy, and honesty to advocate for equality.⁣”

DECIEM is donating $100,000 across Black Lives Matter and The NAACP Legal Defence & Educational Fund, and also urging its followers to raise their voices.

"Our team have been actively sharing their voices in the fight against racism and inequality, and from tomorrow, our Instagram Stories will become a dedicated space to continue this conversation. We want to amplify as many voices as possible and ask you to join us. Please email videos (1 min max) or words to voices@deciem.com (kindly note that anything sent to this email will be made public).⁣"

“Our hearts have been hurting as we’ve watched injustice continually unfold over the past few days,” Glow Recipe wrote in an Instagram post. “We’ve been thinking of ways to help and are happy to support Black Visions Collective, a Black, Trans, and Queer led organisation dedicated to Black liberation that are doing incredible work to help support Minnesota during this time, with a $10k donation.”

The brand encouraged its followers to do their part, starting by recognising and acknowledging their privilege and educating themselves and shared a list of organisations they could donate to. “It’s up to all of us to make a change." 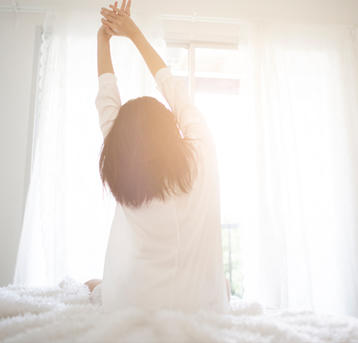 How to achieve the ultimate beauty sleep

To help give your skin the best beauty sleep it can get, we've rounded up all the night-time goodness you'll ever need. 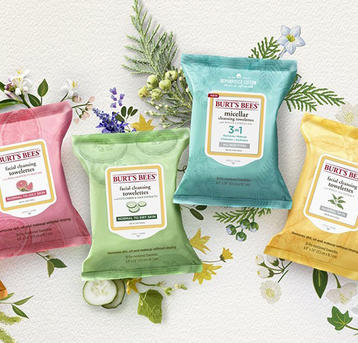 While wipes shouldn't permanently replace a cleanser, they can be extremely useful in certain situations. 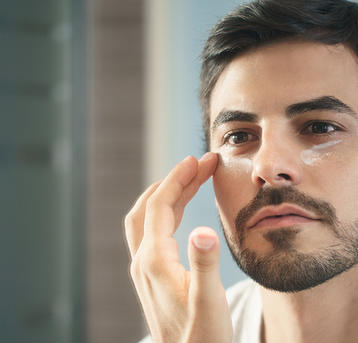 A guy’s practical guide to grooming

Because when you look groomed, you're more likely to make a great first impression.
back to top