Biologi is proud to announce it raised over $4,000 in just 24 hours for RizeUp Australia, through its campaign in support of the Education and Awareness of Domestic Violence against Women.

Biologi focused on raising awareness for the charity and donated 100 per cent of online store profits on Monday, November 25 to RizeUp, as well as opening up a channel for donations of all amounts through the brand's website. 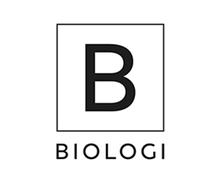 The campaign was further promoted through social media, with top tier names like actress Teresa Palmer, actress Gemma Pranita, model Jordan Simek, Sonny Bill Williams' partner Lana Williams and model Oceana Strachan all promoting the cause on their social channels. Tapping into a powerful combined social media reach of 4,125,815, influencers posted the video along with personal messages and pleas to speak out against this epidemic.

Biologi’s campaign was originally centred around White Ribbon Day, however on the same day of filming the news came through that White Ribbon were going into liquidation. This news, combined with the recent statistics, meant that now more than ever, Australia needs to continue to build awareness and support for local victims of domestic violence.